Each day is planned to have the same line-up.

Please note, as can be the nature of airshows, sometimes participating aircraft can be subject to change due to unforeseen circumstances.

Each day is planned to have the same line-up.

Please note, as can be the nature of airshows, sometimes participating aircraft can be subject to change due to unforeseen circumstances. 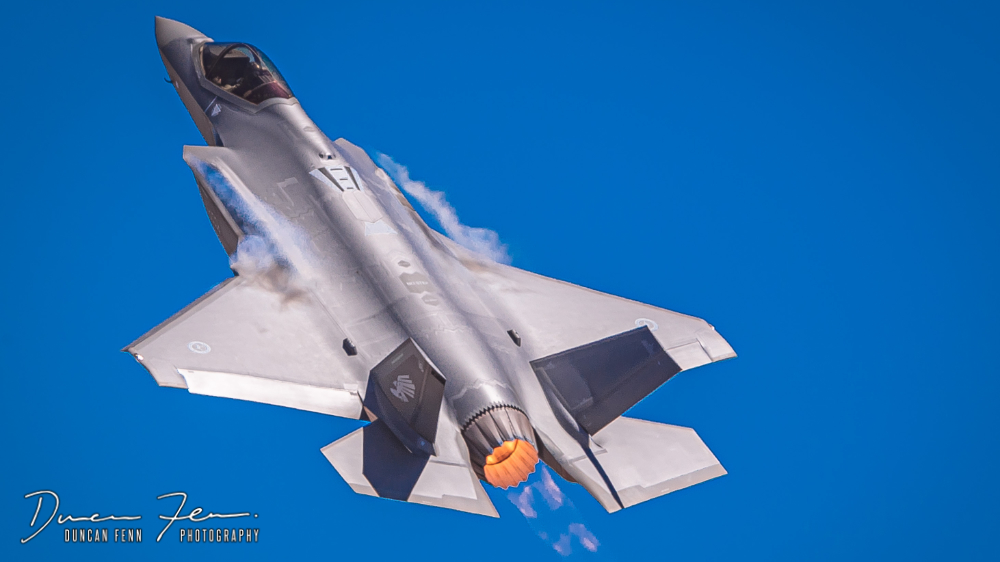 This will be the first handling display in Australia by a dedicated dedicated F-35 RAAF Display Pilot. We’re not talking about a fly-over with some basic manoeuvres, we’re talking about a brilliant display of just what this machine is capable of!

Do not miss the rare chance to experience this cutting edge jet as it screams over the top of the Central Coast Airport.

Sitting at the forefront of air combat and aviation technology, the F-35 is the Australian Defence Force’s first fifth-generation air combat fighter and is set to replace the F/A-18A/B Hornets.

Capable of supersonic flight while retaining stealth, the F-35A has extraordinary acceleration, agility and 9G manoeuvrability. It’s fitted with highly advanced sensors, radar and communications systems. In addition to greatly enhanced situational awareness, the F-35A provides its pilots with significantly higher levels of lethality and survivability in combat, with internal weapons and the ability to employ a huge range of air-to-surface and air-to-air weapons. 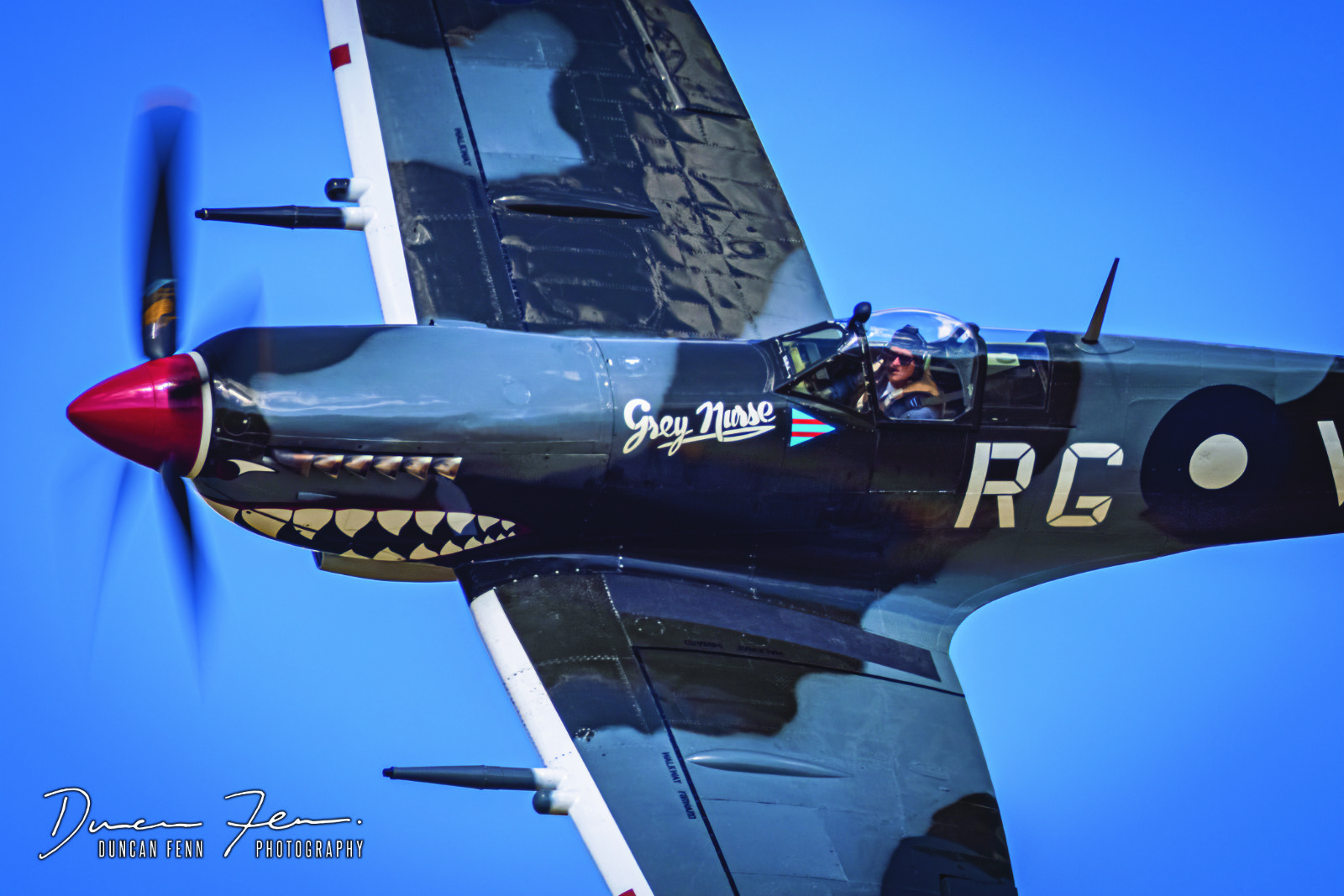 Designed with stunning Art-Deco beauty, the Spitfire has represented the pinnacle of fighter design through the entire era of the mono-wing, piston-engined fighter.

Spitfires were instrumental in maintaining aerial dominance in the European Theatre of WWII. The Mk VIII Spitfire has an all-Metal, semi-monocoque construction with the famous elliptical wing design. A total of 20,334 Spitfires were built before, during and after the war, with a total of 1652 Spitfire Mk VIII variants made. 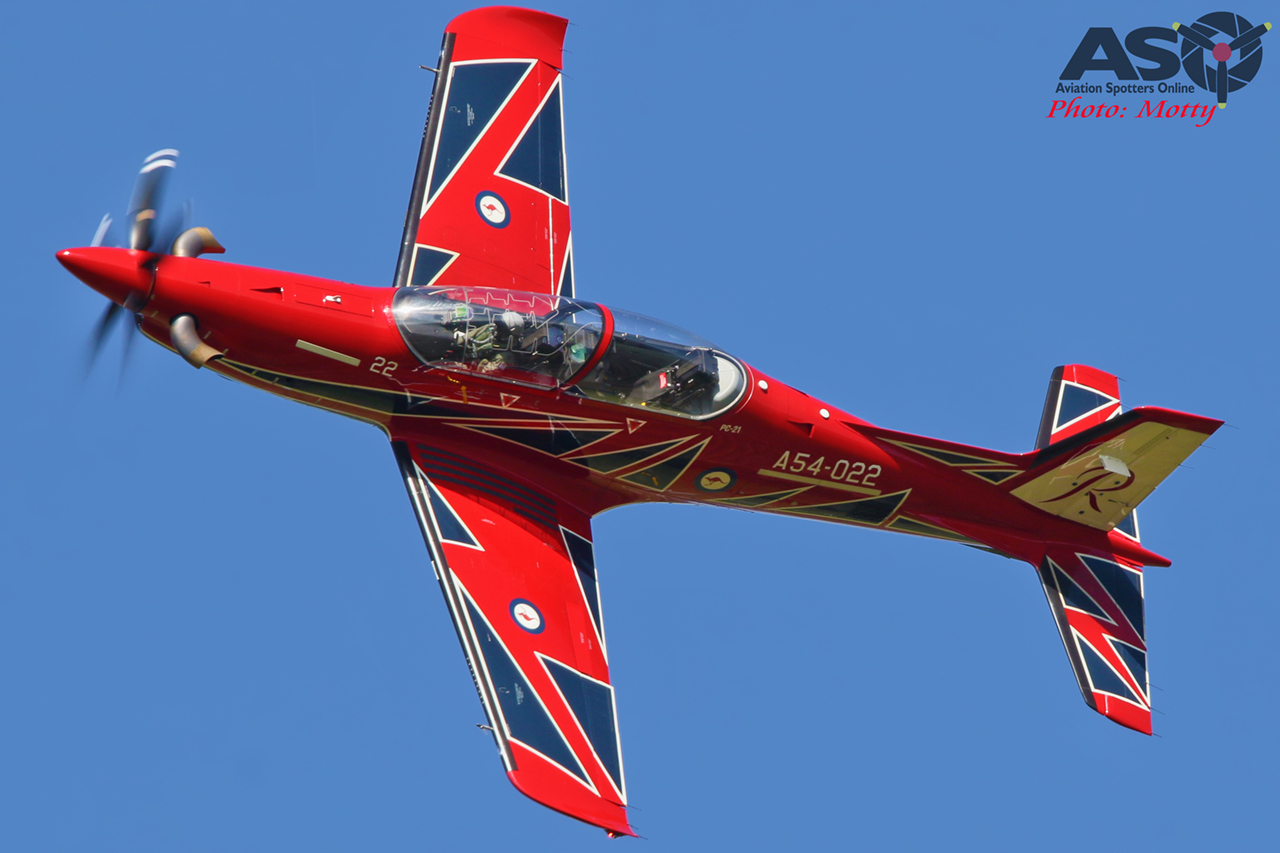 As the Royal Australian Air Force’s aerobatic display team, the Roulettes are famous worldwide for their high-octane displays of formation flying, aerobatics, and low-level flying that show just what incredible feats Air Force fighter pilots are capable of.
The Roulettes now perform their display in the state-of-the-art Pilatus PC-21, one of the most advanced training aircraft in the world. Flying as low as 80m and at speeds of up to 685km/h and with forces up to 6G’s, the Roulettes can perform as close as 3m to each other. 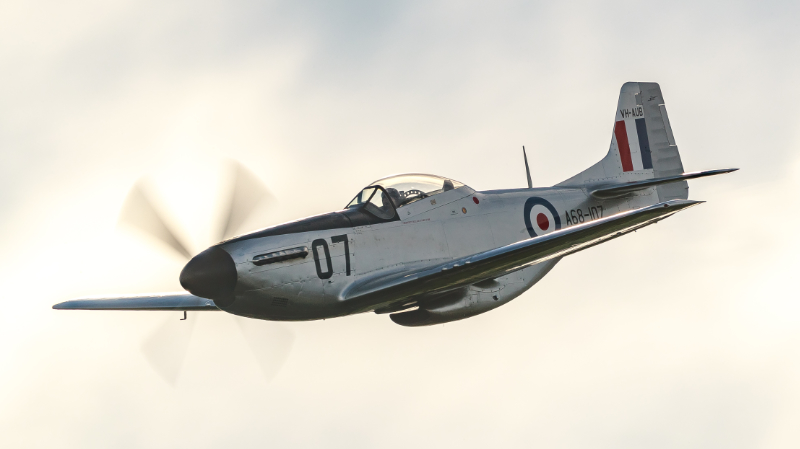 An Australian built Mustang improving on the American P-51 design. Produced too late for World War II, RAAF Mustangs were assigned to Japan for occupation duties.

With two shy of 12,000 P-40 Warhawks made during WWII, their strength was in the number built. The Kittyhawk was one of two variants operated by the RAF, and two P-40s were the first aircraft valiantly taken up in response to the attack on Pearl Harbour. 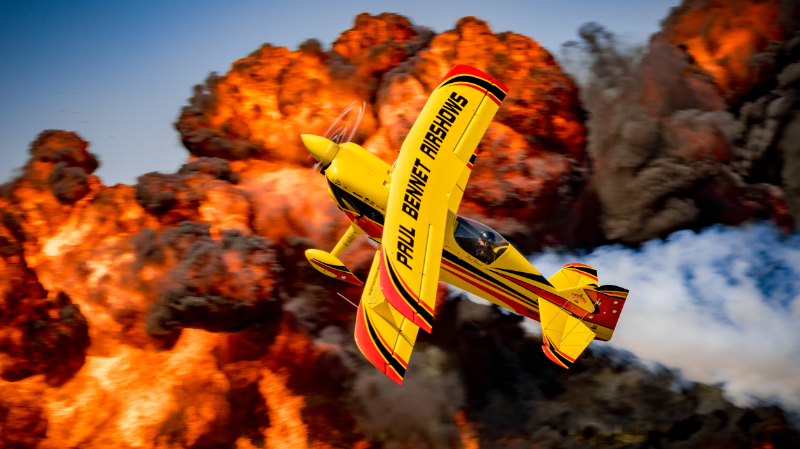 Paul Bennet’s solo display is 12 mins of high energy, engine screaming precision aerobatics, starting at a height of 3500ft down to ground level! The Wolf Pitts is the highest performing aerobatic biplane in the world with an astonishing 400hp! 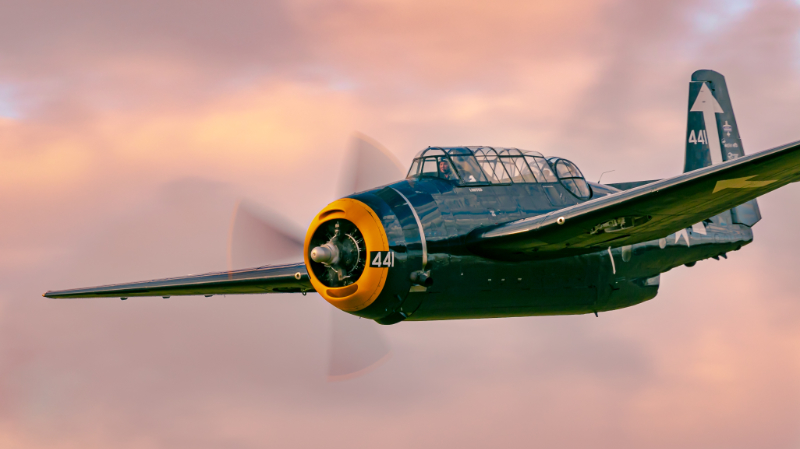 Whether on the ground or in the air, this aircraft is sure to draw attention wherever it goes! The massive 1942 Grumman Avenger was a torpedo bomber developed initially for the United States Navy and features a unique folding wing arrangement for carrier operations. One rescued WWII Avenger pilot would later become U.S. President George H. W. Bush 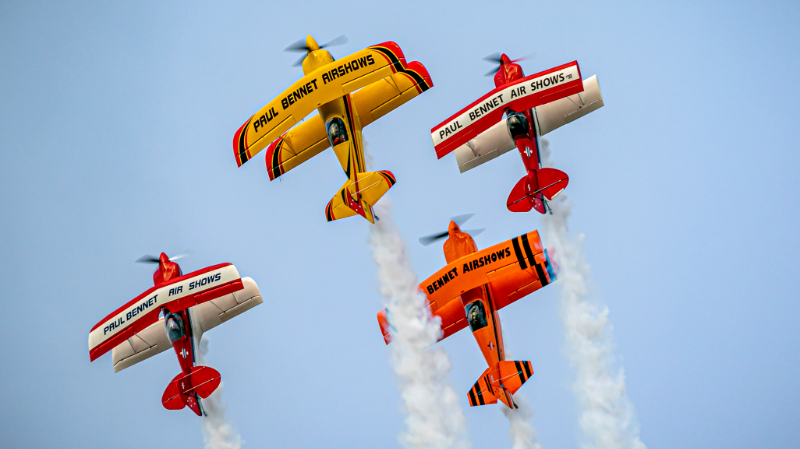 The famous SkyAces perform an array of dazzling formation aerobatics in very close proximity. Not only do the SkyAces performance entail skilful formation loops and rolls but also dynamic head to head stunts, which are guaranteed to leave you speechless! 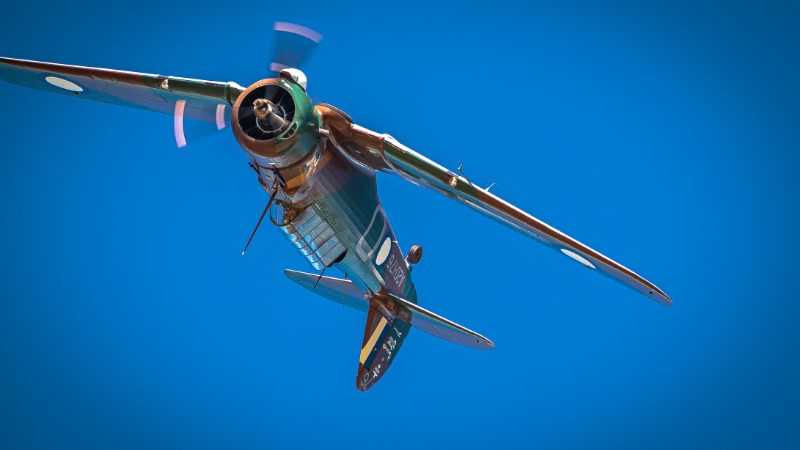 The word ‘Wirraway’ is an Aboriginal word meaning ‘Challenge’. The Wirraway was a training and general purpose military aircraft manufactured in Australia, built by the Commonwealth Aircraft Corporation between 1939 and 1946. 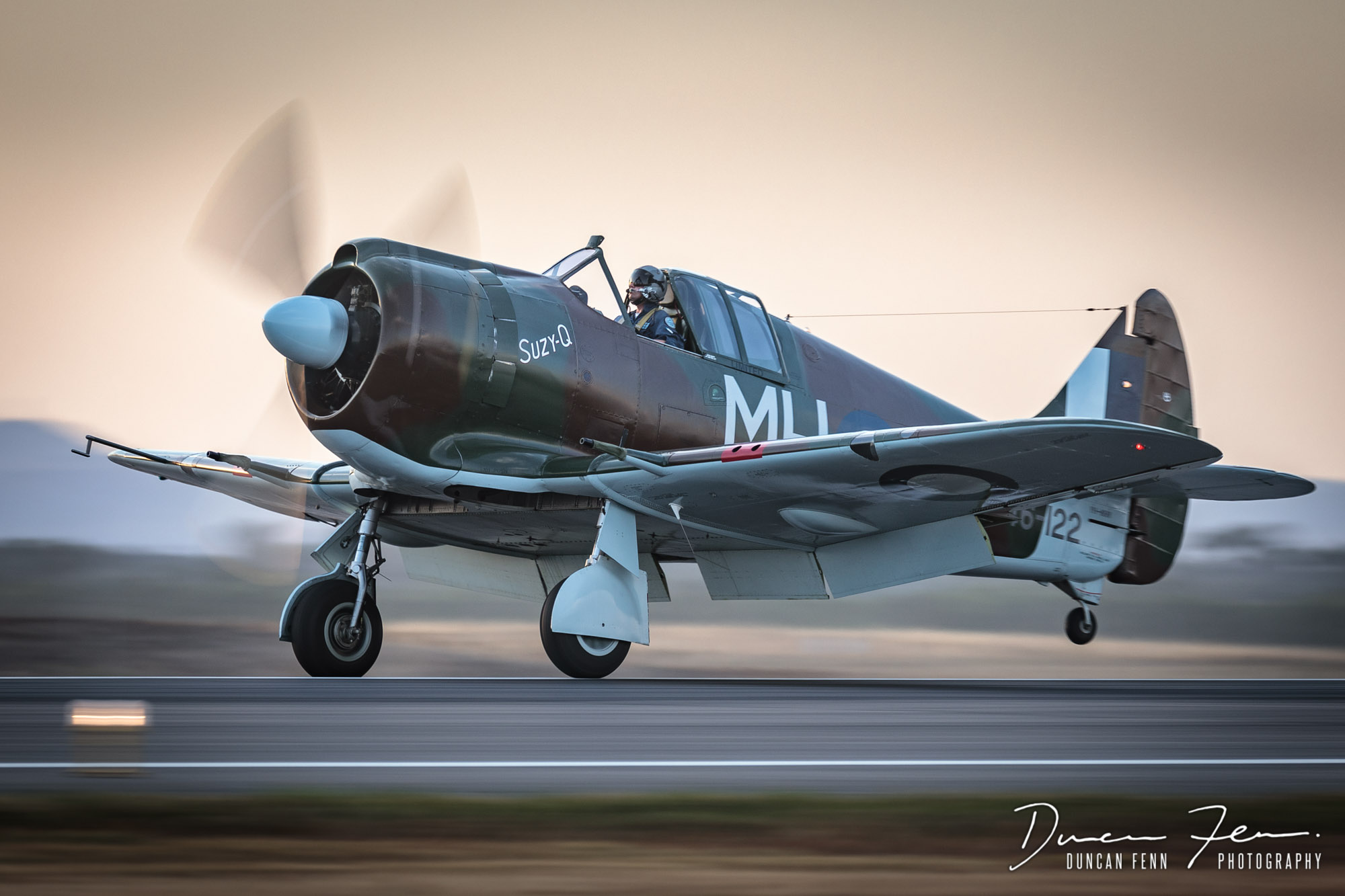 Built in response to Australia’s urgent need for fighter aircraft in WWII, the Boomerang was developed so quickly that no actual prototype was produced. From the time of official production approval by the Government to the time of the first official flight was a little over sixteen weeks, a remarkable achievement for the era.

No better way to kick off an airshow than with an epic flag drop. 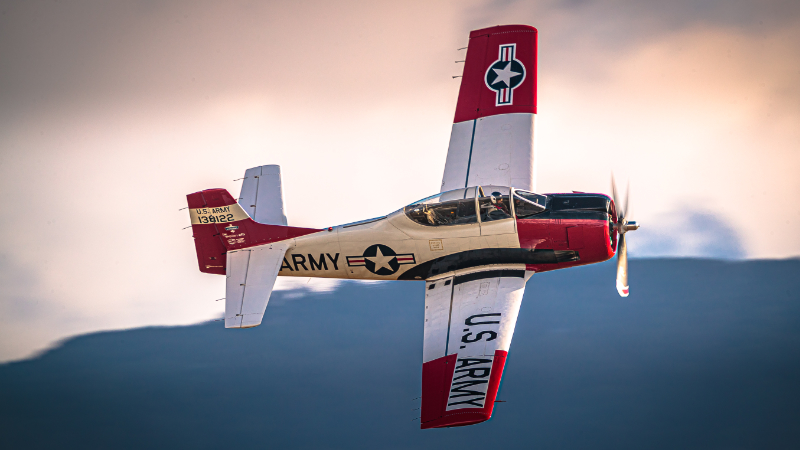 The T-28 Trojan was a piston- engined military trainer used by the United States Air Force and Navy, beginning in the 1950’s. Besides being a trainer, the T-28 was employed as a counter-insurgency aircraft, primarily during the Vietnam War. 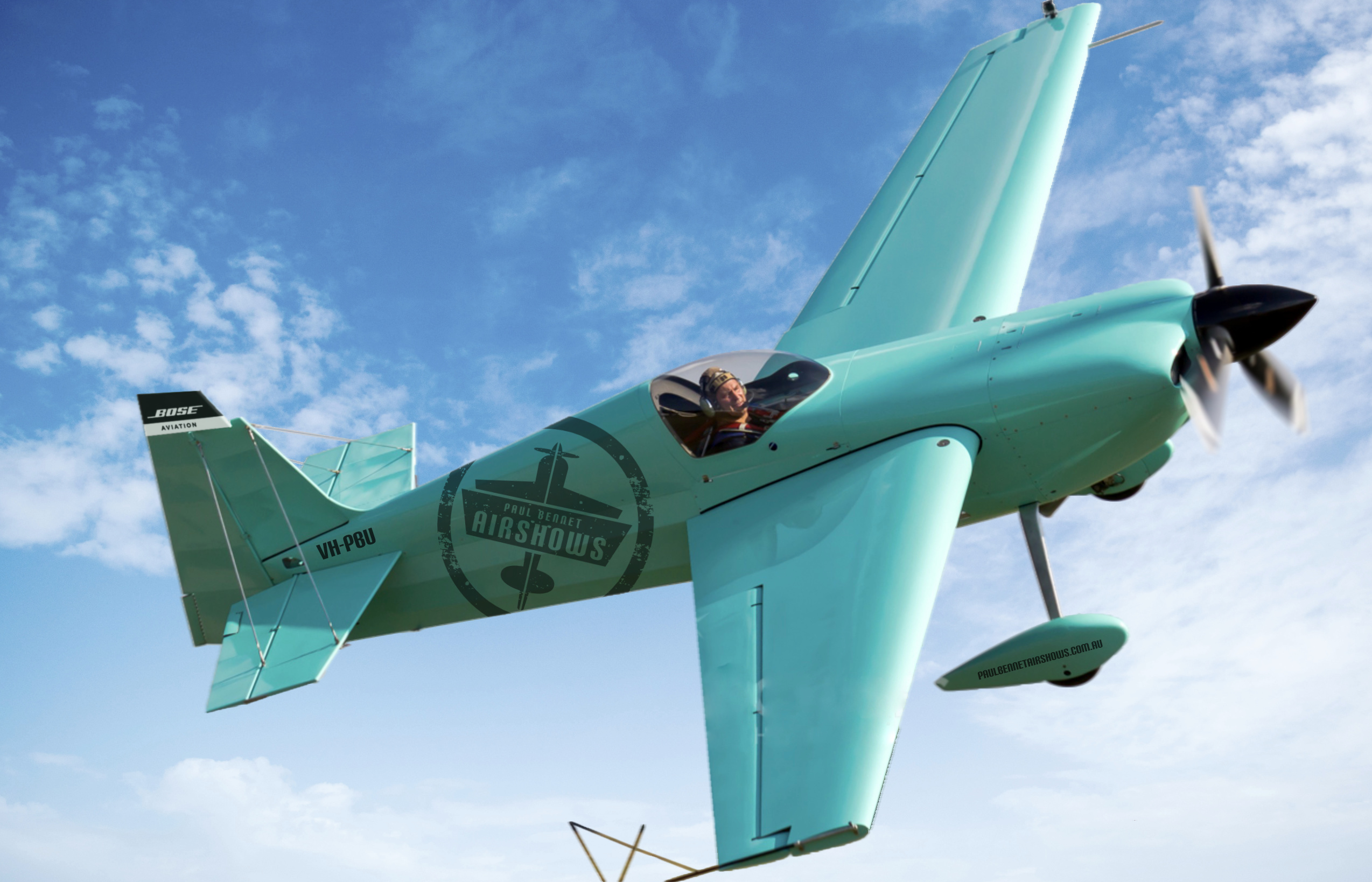 The Zivko Edge 540 is a highly aerobatic aircraft powered by a 350hp Lycoming engine. Capable of a 420 degree per second roll rate and a 3,700 foot per minute climb rate, it has been flown to victory many times in aerobatic competitions and is now synonymous with the air racing series as the base that alt other race aircraft are judged. Displayed by one of Australia’s top aerobatic pilots, the display showcases the aircrafts precision and performance that has made this design so popular. 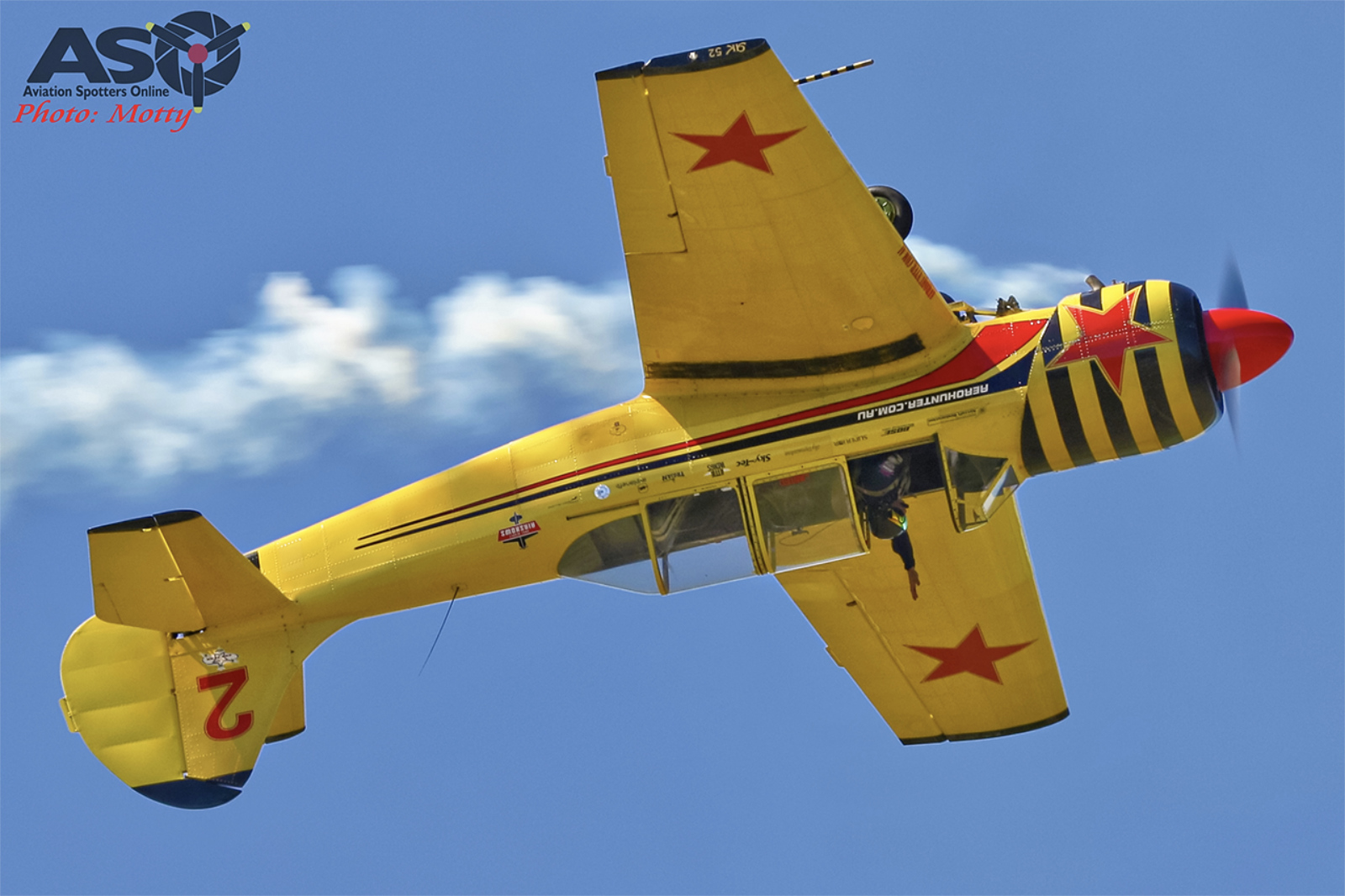 The Yakovlev Yak-52 is a Soviet primary training aircraft which first flew in 1976 and is powered by the distinct sounding M14-P radial engine. The development of the aircraft incorporates a number of features to be found on the early post-war fighters.

With one of Paul Bennet Airshow’s experienced pilots at the controls, the Yak is capable of displaying graceful aerobatics to the most advanced gyroscopic manoeuvres.

The Aero L-39 Albatros is a high-performance jet trainer aircraft developed in Czechoslovakia. It was designed during the 1960s as a principal training aircraft. The Albatros is the most widely used jet trainer in the world. 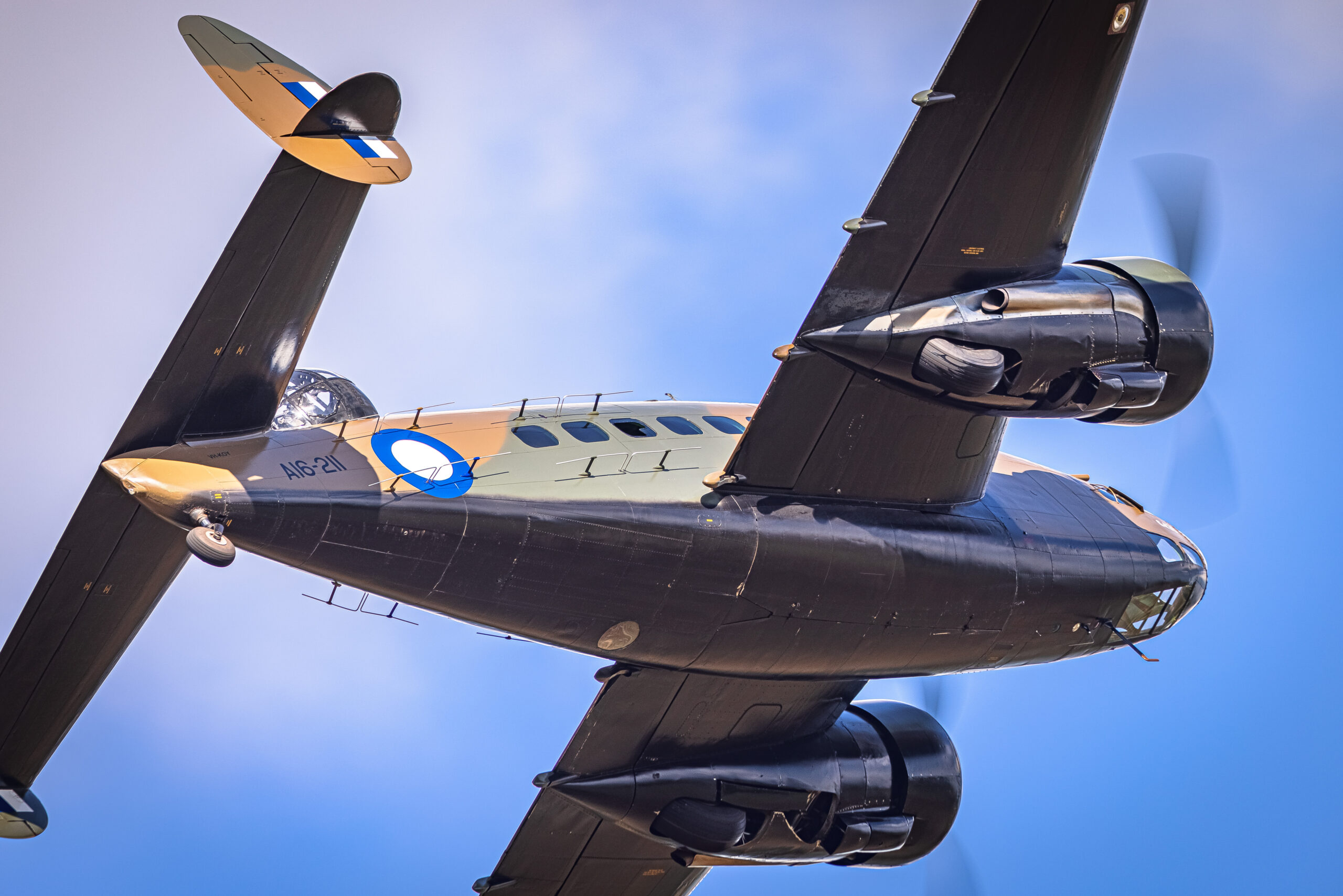 The Hudson A16-112 was built in 1939 and received ex USA on 5th December 1941. After service with No.1 O.T.U, the aircraft was allotted to No. 14 Squadron on 8th July 1942 for anti-submarine patrol off the coast of Western Australia. It then served a period with No.32 Squadron off the East coast of Australia. Upon transfer to No.6 Squadron, it served out of Milne Bay, PNG, on bombing armed reconnaissance and patrol work for a period of twelve months.

As is the nature of the event, flying displays may have to be cancelled and/or show times altered due to inclement weather or unforeseen circumstances. The organisers reserve the right to amend the program at their discretion. Refunds will not be available for a change in program.